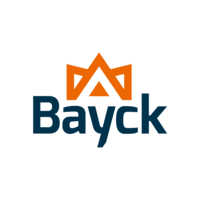 Conquering the world from Sas van Gent with Zeeland e-bikes

He wants to conquer the world from Sas van Gent with his own e-bikes. Angelo Jansen, son of a bicycle repairman from Oostburg, wants to expand his own brand Bayck. He puts all his international experience into it.

Angelo Jansen has been in cycling for almost a lifetime. His father had a bicycle shop in Oostburg, and it was expected that he would take it over. “But my mother said: the world is bigger than Oostburg. And I took that advice to heart,” says Jansen. He ended up abroad through his education at the business school. And there he stayed for a long time.

“I was in Taiwan, for example, and I came to China regularly before the lockdown,” says Jansen. “And I’ve worked for Shimano and for the French Decathlon.” He eventually started his own company, which is now located in Sas van Gent: Bayck, a producer of e-bikes. “Zeeland continues to attract, every time I’m here I feel at home again. But I remain a global citizen and think beyond Zeeland alone.”

Bayck’s bicycles are currently produced in Asia, but Angelo Jansen does not rule out the possibility that production will come to Zeeland in the future. “We also think about the environment and don’t want to drag our stuff around the world, then production in our own country is an obvious choice. But we are not that far yet. It is one of my dreams, to have my own factory here in the Netherlands. neighbourhood.”

Jansen also finds it special that they now want to conquer the world from Sas van Gent. “Sure it is,” he says. “But the world is getting smaller, we are working more and more online and in the cloud. So the location of a company is less and less important. We are now in a rented office but growing fast and looking around again.”

There is now a stock of hundreds of e-bikes in Zeeuws-Vlaanderen, ready to be sold. “Completely our own concept. Available to everyone, can be personalized with all kinds of colors and accessories and can be operated with your own smartphone. In this way we hope to be able to serve other forms of mobility in the future, such as shared cars or shared bicycles. it’s changing in the world, and we’re responding to that.”